Highlights from a 35 Year Career

This list is a work in progress, but here are some highlights.

1. Had my painting brought into the rock band, JOURNEY’s dressing room after a concert in Chicago. 4 out of the 5 band members signed the painting. All but Steve Perry signed as Steve Perry and his girlfriend, Sherry had left abruptly after the concert. Neal Shon, Jonathan Cain, Ross Valory, and Steve Smith all hung out with us and signed out painting. ***See Full Story with Photo of Painting under Celebrity Portraits.

2. I got to watch Eddie Van Halen from the rock band, “JOURNEY” come briskly walking through the open garage doors backstage of the Reunion Arena (as it was called at the time in Dallas) when his eyes fell upon my chalk pastel portrait of David Lee Roth. He gave me a big grin and a thumbs up! Then, he went back on his merry way. Later on it was taken backstage for David Lee Roth to sign and he did! “To Lori, You Doll! David Lee Roth”. ***See Full Story with Photo of Autographed Chalk Pastel Portrait under Celebrity Portraits.

4. BB King charcoal autographed by BB King. I got to meet BB and give him a kiss on the cheek! ***See Full Story with Photo of Autographed Charcoal Portrait under Celebrity Portraits.

5. Met Stevie Ray Vaughan and we prayed together, and he autographed my pen and ink portrait of him. ***See Full Story with Photo of Autographed Pen and Ink Portrait.

6. Met Jeff Beck the same night that I met Stevie Ray Vaughan! What a DAY! Again, just like Eddie Van Halen, Jeff Beck stopped short as he was walking down the tunnel of the coliseum at Fair Park when he played with Stevie Ray Vaughan that night. Then, Jeff Beck bee-lined it straight toward the large illustration board with a colored pen and ink of him playing guitar on it. He signed it, thanked me, and went on his merry way (that’s pretty much the whole story). ***See Photo of Autographed Portrait under Celebrity Portraits.

8. Did a pencil portrait composite of a television sports broadcaster for one of the 3 major tv networks….sorry to have forgotten. I hope to have a photo….to add…soon…

9. SEVEN ESTABLISHMENTS along Greenville Ave. in Dallas, TX and nearby vicinities had murals of mine in them or outside of them: The Firehouse, The Whiskey Bar, The Service Bar, The Tijuana Yacht Club, Stan’s Blue Note, The Lone Star Oyster Bar, Tipperary Inn, and 7 watercolor paintings hung at Schooner’s Blues Club at Live Oak and Skillman. That is a SEPARATE highlight in itself! ***

More DALLAS, TX HIGHLIGHTS would include:
11. *** doing chalk art at an office in the Rolex building downtown Dallas.
12.***Chalkboard menus in the tallest building on Main St. in Dallas…that AT&T building.
13.***Art on exhibit at Poor David’s Pub off Lamar Blvd., Dallas.
14.***Several participations in exhibitions at the Avenue of the Americas Mall downtown.
15.*** two chalk murals for two different events downtown.

+++++I have MORE THAN 35 AUTOGRAPHED PIECES over the years so, let me just add that HUGE HIGHLIGHTS have been THE MANY FAMOUS people I have gotten to meet over the years….all folks that are as wonderful as they are famous…. I have been fortunate and richly blessed.

16.Arlington, TX elementary schools have my mural work in them. These institutions are especially rewarding to me to know that children go to school daily throughout the years of their childhood and grow up around my wall murals in libraries and cafetierias in several schools in Arlington, TX.

18. Many home murals throughout the Dallas/Ft. Worth area in nurseries, childrens’ bedrooms, play rooms, and more.

19. I have done wall murals in two churches; St. Maria Goretti’s Catholic Church in Arlington which got my picture in the paper and a non-denomination Christian Church in Mansfield off of I-287.

20. I taugh K-8th grade for an entire semester at Grace Lutheran Church in Arlington, TX.

21. I took Paper Making class at UTA in Arlington, TX and made a lifesize shark covered in homemade blue paper….and sold it to a nightclub in Dallas named Fishdance for $500. They hung it over their pool table. It looked awesome.

23. I have been honored to do many pet portraits over the years. I have enjoyed painting these beloved animals for their owners to enjoy for a lifetime long after their loved on is gone, yet strangely present in the art.

24. I enjoyed flying to Miami, Florida to do wall murals at the Tijuana Yacht Club there. I slept in the establishment and worked around the clock doing murals throughout. It was a blast for me! Wish I had photos. Lost photos.

25. I also enjoyed flying to Denver, Colorado and doing some famous sports figures at a sports bar there sponsored by Miller Beer where my brother worked. He got me the gig. I painted Galarrago of the Denver Rockies, Babe Ruth, and Lou Gehrig in one room. In the entrance was Wayne Gretzky doing a shot on goal. Across from Gretzky was Mutombo from the Denver Nuggets dunking the ball in the basket. Wish I had photos. 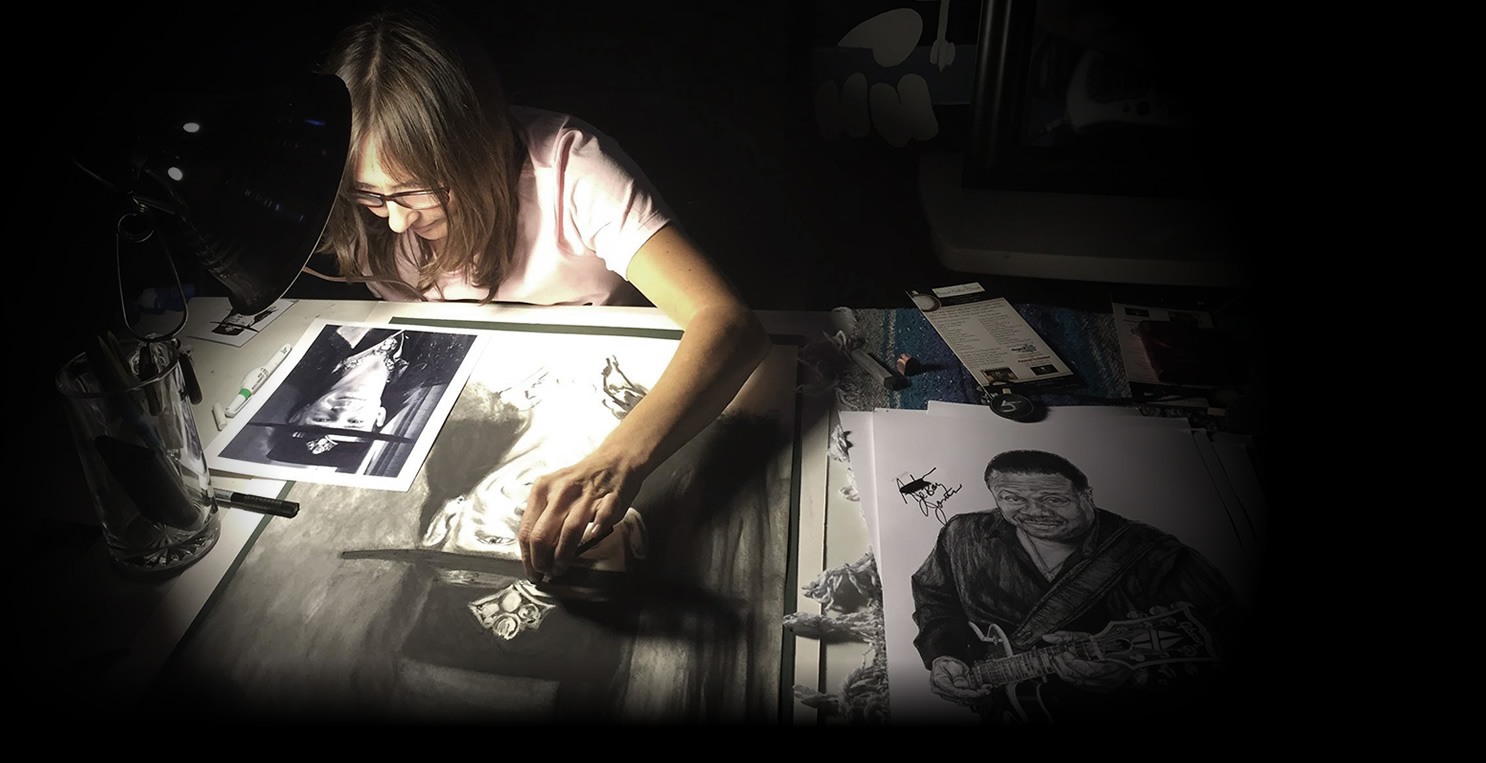 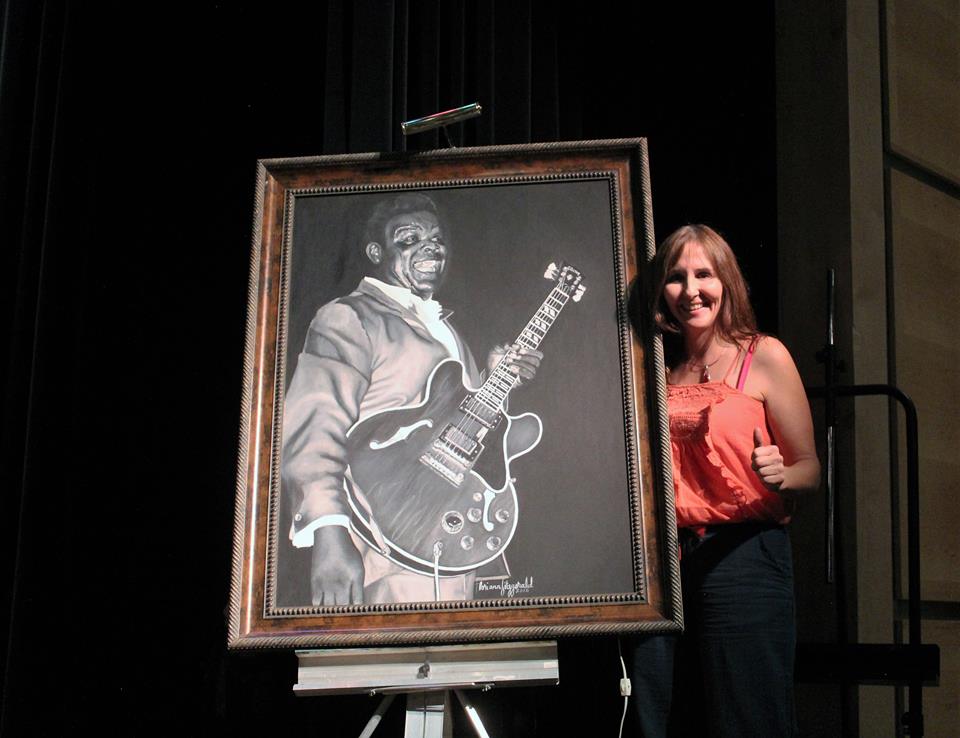